Laem Charoen Seafood Restaurant was founded in 1979 at Charoen Cape in Rayong Province. The younger generation of this family-run eatery has entrusted Onion to design Laem Charoen Seafood franchises in Bangkok since 2007. Now, Laem Charoen Seafood @ Central East Ville is the eighth project that Onion designs for the same clients. They return to Onion for the promise of a new idea that makes each franchise appears different.

The uniforms of Laem Charoen Seafood’s servers direct Onion’s choice of materials, colour schemes and geometric forms such as linear patterns on sofas, wooden chambers and ceramic walls, black and white triangular prism ceiling and extruded pyramid lamps. The design objective is to attract a younger group of seafood lovers, in addition to the existing users, namely extended families and employees.

Giving more privacy to the users is new to Laem Charoen Seafood. In the past, the clients tended to in favour the open-plan that allowed tables and chairs to be easily rearranged to serve large groups of users. They had never accepted the fixed seating until this project.

At Central East Ville, Laem Charoen Seafood has four main dining areas in the open-plan layout. Next to the entrance, the dining area is composed of brass laminated facade, white marble floor and partition. In the middle of the restaurant, there are wooden chambers for 6 people, round black granite tables with fixed curved sofas, movable wooden tables and the VIP room cornered by two panels of looking glasses. Onion opens up choices for the seafood lovers – where to sit. 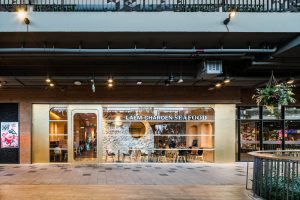 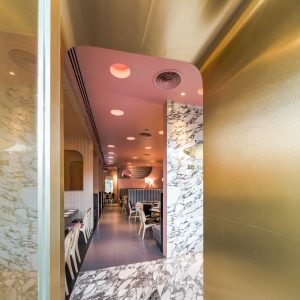 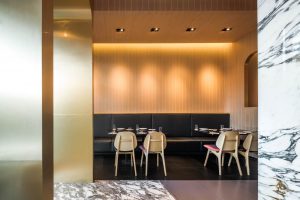 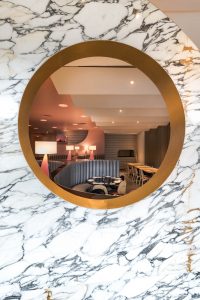 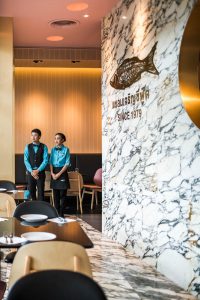 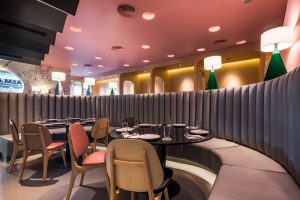 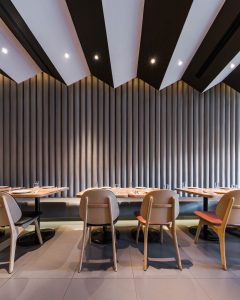 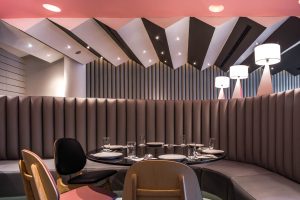 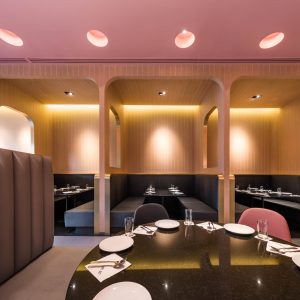 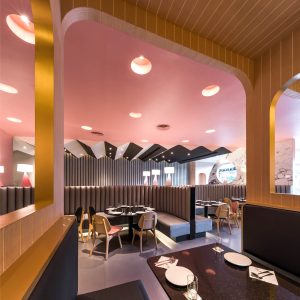 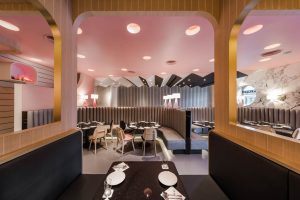 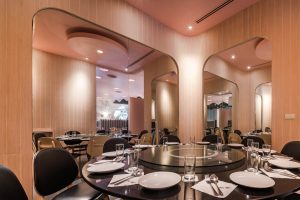 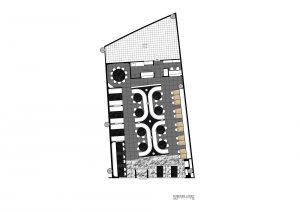 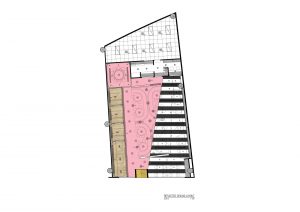