KNOCK Kitchen & Kicks was a renovation project. KNOCK founders consisted of individuals from different career backgrounds. Our task was to turn a 4-story shop house in the trendy Thonglor area of Bangkok into a bistro & bar with a select sneaker retail shop. The common thread between the KNOCK founders was their passion for good food and the love for sneakers.

Central to our design was the idea of the “street”. By the street, we neither meant the art of graffiti nor the literal translation of any street practices. Rather, the street was meant as a space for showcasing KNOCK’s everyday life items. What the KNOCK founders perceived as the sneakers was, to us, the objects of desire. The chosen pair of sneakers directed the accompanying outfits, and not the opposite.

Our drawings of KNOCK were based on the economy of the project. The shop front of KNOCK was 3.8 meters wide facing the footpath of Sukhumvit 55 Road, one of the busiest streets in Bangkok, days and nights. We decided to design a set of stairs next to the entry, occupying the first bay or 4 meters out of 23 meters of the shop house’s depth. The stairs tucked the service area away from sight and led Knock’s customers, right away, from the street level to the bistro on the second floor and later on to the retail space on the third floor.

In terms of visual effects, we created the continuity between the steps and the diagonal linear patterns on the walls that were made of cement boards painted in black and white colours. Our intention was to invite KNOCK’s customers to observe the stairs from various directions, looking upwards, downwards, inwards and outwards. We repeated the same idea at the rose window containing KNOCK’s logo, a mirrored image of the alphabet K. The points of viewing this logo were the interior of the retail space on the third floor where the street view became a background for the framed image and the footpath of Sukhumvit 55 Road opposite KNOCK, where the building itself could sharpen the silhouette of the K alphabets.

Until this project, we had never exploited concrete blocks as the main elements of interior decoration. Concrete blocks were locally produced, cheap and generally found along Bangkok’s roads and alleyways. We cut, flipped and arranged the sections of concrete blocks in various patterns, each of which was designed for different floor plans. The intention was to design a variation of the shade and the shadow of the recessed walls.

Zinc was another selected material for creating the street atmosphere for the DJ booth and the bar. Again, the zinc boxes were generally produced in Bangkok. We custom-made their sizes as equal to shoe boxes, added the stencil of KNOCK’s logo on the surfaces and arranged them as the counter and the shelves.

The chosen colour pastel green as the envelope of the semi-outdoor space came from the only existing tree in the project. At the day time, and this was only through the camera eyes, the colour green could reflect itself on the whole surfaces of white colour. We applied two colours of light to differentiate the functions within KNOCK. Warm white was for the bistro and the bar whereas cool white was for the staircase and the retail space. When we stood at the bar area, we could look up to the sneakers’soles displayed on the acrylic shelves in the third floor. 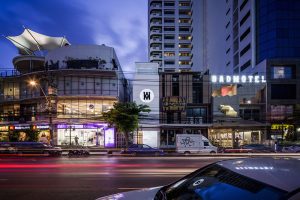 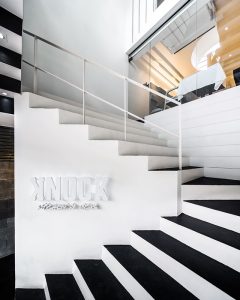 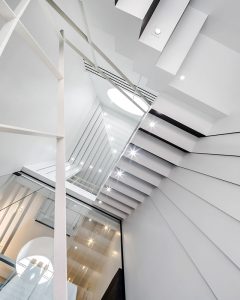 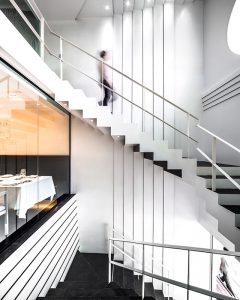 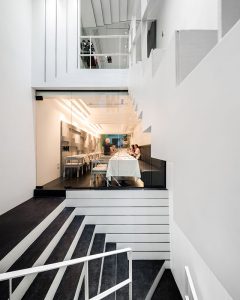 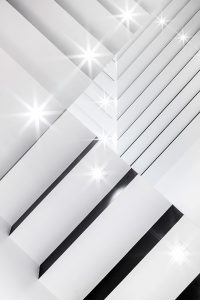 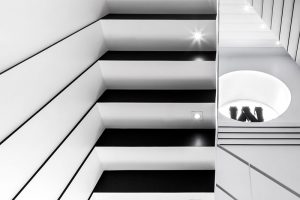 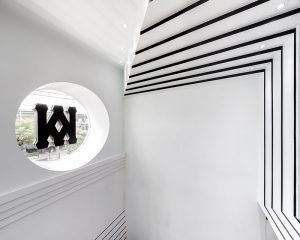 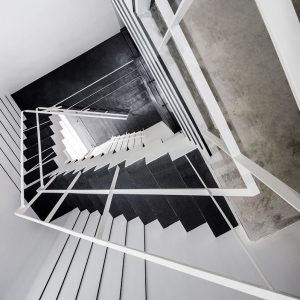 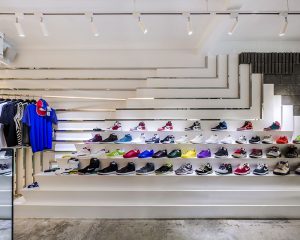 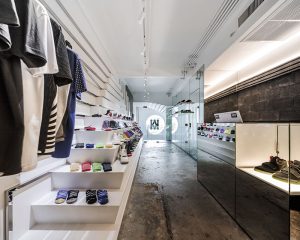 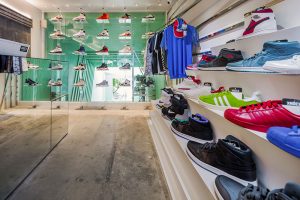 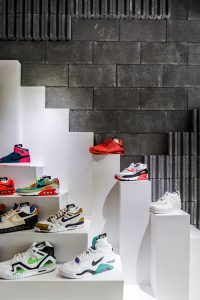 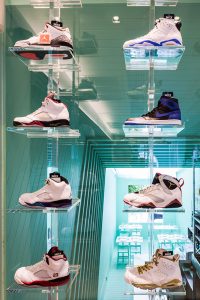 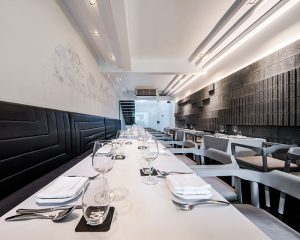 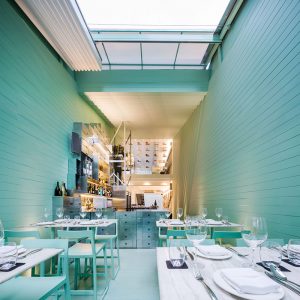 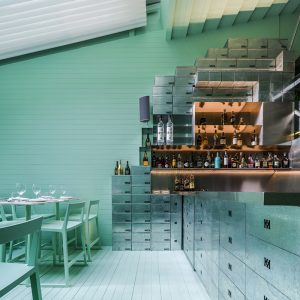 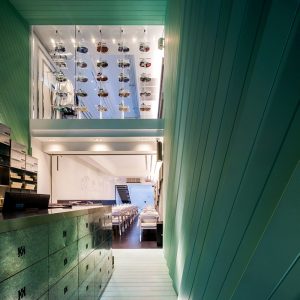 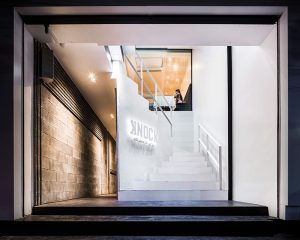 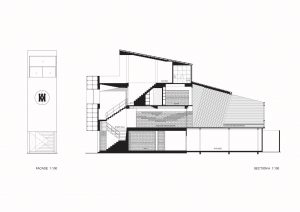 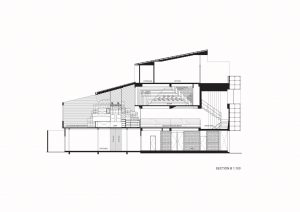